Poor Sir Buckstone Abbott, Bart! Not only does he own in Walsingford Hall, one of the least attractive stately homes in the country, but he has to take in paying guests to keep it upright. So when it seems a rich (if not very nice) continental princess might buy it, he's overjoyed - particularly as he's being rooked by the publisher of his sporting memoirs. His daughter Jane comes up trumps in the company of the playwright Joe - but not before engagements are broken and fortunes lost and made. Another delightful novel form the master of the Engllish comedy, Wodehoues deftly unties all the knots he had so cleverly tied around his characters in the first place. 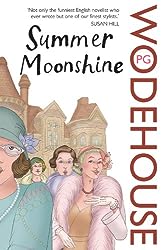