These are strange times for the English aristocracy. When hard-up William FitzWilliam Delamere Chalmers, Lord Dawlish – otherwise known as Bill – sets off for America to make a fortune, he does not expect to be left one by an American millionaire with whom he strikes up a passing acquaintance. Honour demands that Bill Dawlish should restore this unexpected windfall to the rightful heirs, but this involves him in complicated adventures with greedy relations, haughty dowagers, dogs, chickens and an angry monkey. Calm is eventually restored but not before Bill has met the woman of his dreams and married her in the church on Fifth Avenue. 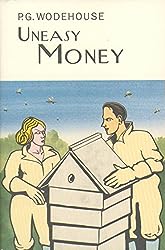 Lord Dawlish is made the heir of an eccentric English millionaire, who cuts off a nephew and niece, living in America. Dawlish is engaged to Claire Edmont, an actress. Dawlish offers half his inheritance to the niece, and when she refuses to accept he goes to America to persuade her. Claire follows, but not having received the letter regarding the inheritance she marries a man she meets on the boat. Dawlish meets Elizabeth as Bill Chalmers, his family name, and as Bill she learns to love him, but she discovers his identity, and things work to a rapid conclusion.