When a man needs only two hundred pounds to marry his cook and buy a public house, one would expect his life to be trouble free, but the fifth Earl of Shortlands has to reckon with his haughty daughter, Lady Adela, and Mervyn Spink, his butler, who also happens to be his rival in love. Mike Cardinal offers to sort out the problem by pretending to be Stanwood Cobbold but his way is blocked by Spink and reformed burglar, Augustus Robb. Confused? Let P.G.Wodehouse untangle the complications in this light-hearted comedy which ends happily – for almost everyone. 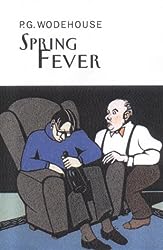