A butler named Keggs who, having overheard the planning of a scheme, later decides to try and make money out of his knowledge.

It features Percy Pilbeam, the unscrupulous head of the Argus Detective Agency, who first appeared in Bill the Conqueror (1924) and was in several other Wodehouse books, including a visit to Blandings Castle in Summer Lightning (1929). 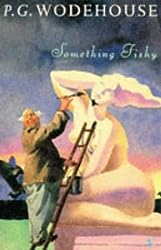