Containing drafts of stories later rewritten for other collections (including Carry On, Jeeves), My Man Jeeves offers a fascinating insight into the genesis of comic literature's most celebrated double-act. All the stories are set in New York, four of them featuring Jeeves and Wooster themselves; the rest concerning Reggie Pepper, an earlier version of Bertie. Plots involve the usual cast of amiable young clots, choleric millionaires, chorus-girls and vulpine aunts, but towering over them all is the inscrutable figure of Jeeves, manipulating the action from behind the scenes. 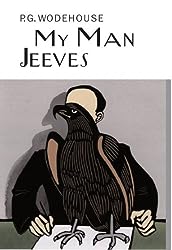