Bring on the Girls

Bring on the Girls

Despite an enormous solo output, P. G Wodehouse often co-operated with other writers, especially in the early stages of his career, exchanging or sharing plots, advising on problems and even writing books and stage-works together. Bring on the Girls is a characteristically mordant account of his work with Guy Bolton in musical comedy, which occupied much of Wodehouse’s energy from his arrival in America and effectively made his reputation. This is a tactful book - there are no shocking revelations - but an extremely amusing one, with vivid portraits of such stars as Gertrude Lawrence and insights into febrile life behind the scenes. 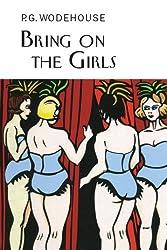