Sir George was disappointed in his son, he was not a chip off the old block and lacked the aggressive drive required of a business tycoon. So why not marry him off to Felicia she has plenty of spark and could manage any man, all was going well until the arrival from New York of Bill West.

Felicia - a sprightly girl calculated to put the stuffing into any man - is about to be married off to the dreary Roderick Pyke when Bill arrives from New York and she suddenly recognizes in him the man for whom she should forsake all others. 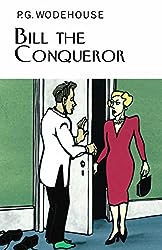